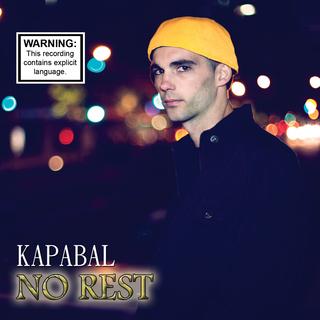 Dealing with a divergent range of subject matter in his lyrics, Kapabal explores the themes of love, loss, personal development, self-belief, the struggle for success and the negative aspects that come attached as un-escapable flipside of all of the

Informed by his personal experiences, as well as philosophies and views developed over a lifetime spent living in the Hutt Valley within the greater Wellington region of New Zealand, for Kapabal, as much as he chose Hip-Hop, Hip-Hop is also something that chose him.

Raised on the likes of Tupac, despite playing around with rap during his childhood, he really got his start as a rapper and beatmaker in the early 2000’s alongside an Upper Hutt crew. Making the transition to solo performer soon after, he announced his arrival as a fully formed artist in 2002 with his self-produced debut album The Abal One. Personally handling the marketing and promotion, The Abal One served as Kapabal’s metaphorical baptism of fire within the worlds of music production and the greater music industry.

Five years (and countless life experiences good and bad) later, Kapabal released his sophomore record Before Now, with the majority of the production handled by respected New Zealand rapper/multi-instrumentalist Tyna Keelan – and vocal features from a who’s who of street-level MCs operating within the greater Wellington region. Concurrently he debuted the first three volumes of his Street-Heavy DVD series (volumes one and two produced with T. Mo, volume three produced with Ace Beatz) – a project devoted to exposing grassroots Hip-Hop culture in New Zealand.

Circa 2011, Kapabal has recently released his third full length album release, No Rest, a record which showcases his personal and professional artistic development. Earlier releasing two lead-in singles ‘Rude and Abracious’ and ‘Touch The Sky’, Kapabal has been busy repositioning himself within the international Hip-Hop market through mixtape features and the like. In the process his focus has shifted from making music for his region to writing songs for the world. As he states, “When you inspire yourself; nothing can stop you.”