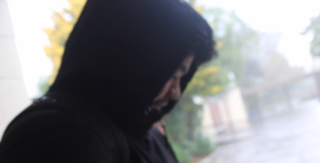 Tu’amelie is a versatile artist from Hamilton, New Zealand with rich Polynesian roots originating from Tonga based in RnB, Drill and Pop.

Tu’amelie  is a versatile artist from Hamilton, New Zealand with rich Polynesian roots originating from Tonga. At only 16, he has already formed a unique, genre-blending sound ranging from Melancholic/Melodic Rap to R&B, Siren-Jam and Drill. Drawing inspiration from events happening around him Tu’amelie can proudly say “i’ve never lied on a track. Everything I’ve said was genuinely how I felt about the situations I was in and even though I may not feel the same way now, the emotion was always valid.”

He draws inspiration from fellow New Zealand & Australian artists Scribe, Stan Walker and ONEFOUR amongst others. ’’Being from New Zealand, as a Tongan, watching these artists tell their story made me want to tell mine.’’

Tu’amelie is apart of the TWOSIXTEEN/216 Collective. Formed by his peers and frequent collaborators Paula Faka’osi & Manaaki Kapoor. “No one really makes it from our side of the world, but I believe these boys have the potential to take over more than just the AUS/NZ scene. The goal is to show the world what we got for sure.”

He has gained some underground success with his reggae and siren-jam fusion song “Need No Mans”featuring Dom Tupou & Vrocen. In the summer of 2020 he went on to remix popular drill artist Lisi’s “64 Bars. This quickly gained virality amassing thousands of views and shortly after being supported by Lisi himself.

In late 2020 Tu’amelie released the RnB/Rap fusion track “NOTHING NEW” Alongside Paula Faka’Osi, Myshaan & RAI which was an instant hit gaining 10's of thousands of streams and radio play cementing his place as a rising star to watch out for. - Stephanos "Kryptik" Makhlouf