Is Lorde teaming up with Kanye? 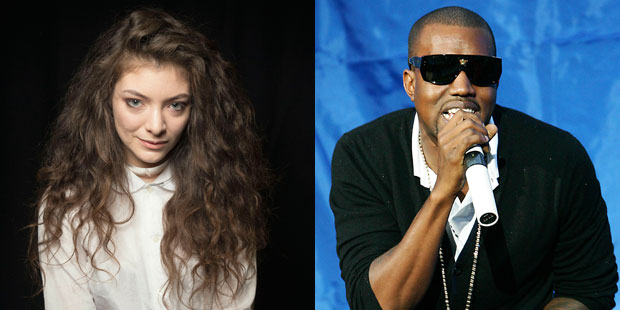 West has just wrapped up a string of Yeezus tour dates in Australia and is now making plans to collaborate with Lorde, the New York Post's Page Six column reports.

Representatives for both artists have yet to comment on the claims, but the news won't come as too much of a surprise for Lorde's fans - she has previously cited West as one of her musical inspirations.

Lorde has also covered the rapper's songs Flashing Lights and Hold My Liquor on stage.

She met him for the first time while performing on UK music show Later ... With Jools Holland.

"He said he liked the messages [in my songs], which was cool," she told Rolling Stone last October.