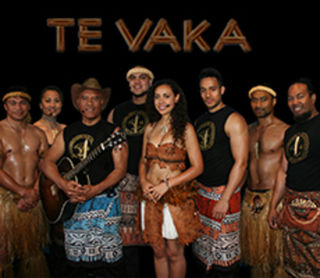 Founded and Spearheaded by Opetaia Foa’i (Grammy-nominated composer and songwriter on Disney's feature film, "Moana"), Te Vaka is a Contemporary Polynesian band acclaimed for its distinct original sound and un-touristy devotion to the South Pacific and the stories of its ancestors. After 9 studio albums, over 20 years of touring to 40 countries, hit songs like Pate Pate and Tamahana (from "The Legend of Johnny Lingo" soundtrack), numerous awards and features by band members in many songs throughout the Moana soundtrack, Te Vaka has solidified its position at the top of the Pacific Music scene. Viewed as ambassadors for the South Pacific, the band has performed at many major sporting events including the Beijing and London Olympics, the Rugby World Cup in Paris and the Commonwealth Games in Melbourne. In August of 2017, after the success of Moana (songs including We Know the Way, Logo te Pate, An Innocent Warrior having been written by Opetaia and featuring Te Vaka singers and musicians), and after the band performed at both the prestigious Disney D23 Expo and the World Premiere of Moana at the El Capitan Theatre in Hollywood, Walt Disney Records released Te Vaka’s Greatest Hits - Songs that Inspired Moana. This album included a bonus track, “Lakalaka” - the band’s latest single which (with the music video) played for 6 months in Disneyland resorts around the world. With Opetaia’s career recently catapulted into the spotlight, the band’s frontman and songwriter received, also in 2017, the “International Achievement Award” in the New Zealand Music Awards and became a Grammy-nominated songwriter in 2018 and went on to win an American Music Award and a Billboard award for the songs of Moana.