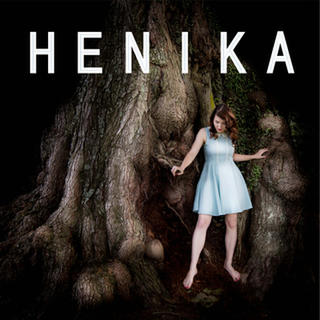 Henika is an Auckland based solo alternative indie multi-instrumentalist and singer-songwriter.

Henika produces music that bridges the sky between alternative rock, blues, jazz and folk with an intensity of imagery that makes her work both challenging and compelling. She has been described as a "new Kate Bush, but even darker". Exotic rhythms, eerie but creamy vocals, unusual harmonies disturbing lyrics and dense layers are all part of her unique sound.

In 2015 Henika received a Making Tracks grant to record and make a video for her first single "You bring me down."  A dark film noir shot on 8mm film, it is a haunting tour de force that is as immersive as it is memorable.

She is currently in the studio working with legendary producer Andrew Buckton on her first EP due out this year.