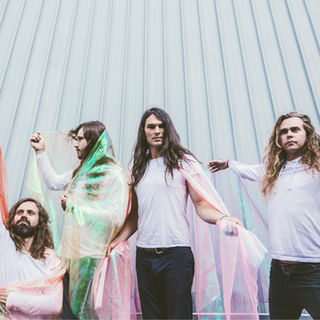 Psychedelic rock band based in Auckland, NZ. The four piece relocated from Austin, TX in 2015.

Formed in 2013, in a wine cellar somewhere in the depths of Austin’s City Limits, the psychedelic quartet began piecing together their electric live show and having fun with effects/gear along the way. When the O’Connor brothers returned home to Aotearoa in 2015, McCollum and Brewer followed, and the rest is history. Since then, Makeshift Parachutes have shared a small catalogue of releases online, including King Eeyore’s Xanax Party, which was released in May 2018. Their latest release The Hole is a compelling episode of synthesized textures and sweeping melodies, accompanied by a haunting, off-kilter video.