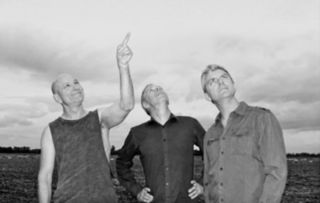 The South Island of New Zealand has long been ripe for exploration by local artists and musicians. The three-piece Christchurch band, Blackholestars, have drawn on their own experiences for their Debut 8 track album, Halfway Home. The album was recorded at Audio-Centric Studios in Christchurch, under the watchful eye of producer/Engineer Ian McAllister, an old school friend of the Guitarist and Drummer. They took pride in creating an authentic late-70's/mid-80's sound, with vintage guitars, microphones and other retro equipment. Their sound is built on the foundations of Rock, a bit raw, but with a touch of Kiwi originality.The alt-rockers influences include Jets to Brazil, Public Image, The Clash, The Jam, The Buzzcocks, Iggy Pop, The Hoodoo gurus and The Pixies. Singles are being released prior to the album release throughout 2020.